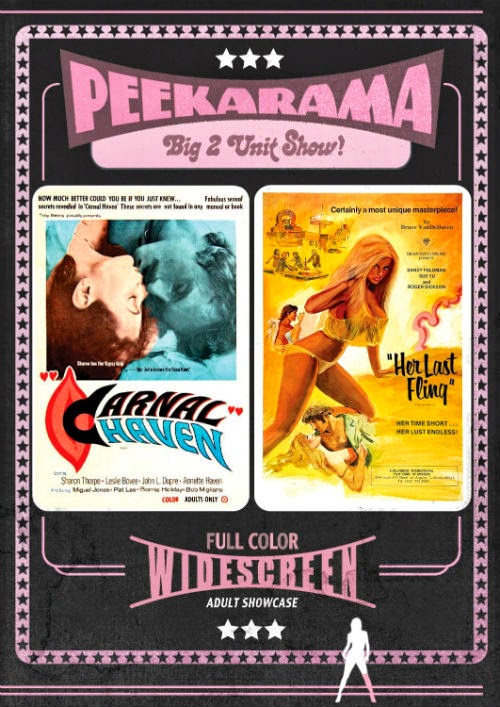 Due to her wanton hedonism, Sandy's mysterious terminal illness disappears. The doctor wants to know her secret … wink, wink, nudge nudge. FUCKING MAKES LIFE declares an end title. And then it's all over.

Vinegar Syndrome's double bill includes reel changes in lieu of chapter stops and both films' theatrical trailers. In my misspent youth, I clearly remember the film's romantic one-sheets (reproduced here on the DVD sleeve) at the time of their release and figured they were covering up shabby wares. Years later, I found this to be the case … fucking makes life.
Greg Goodsell
Share